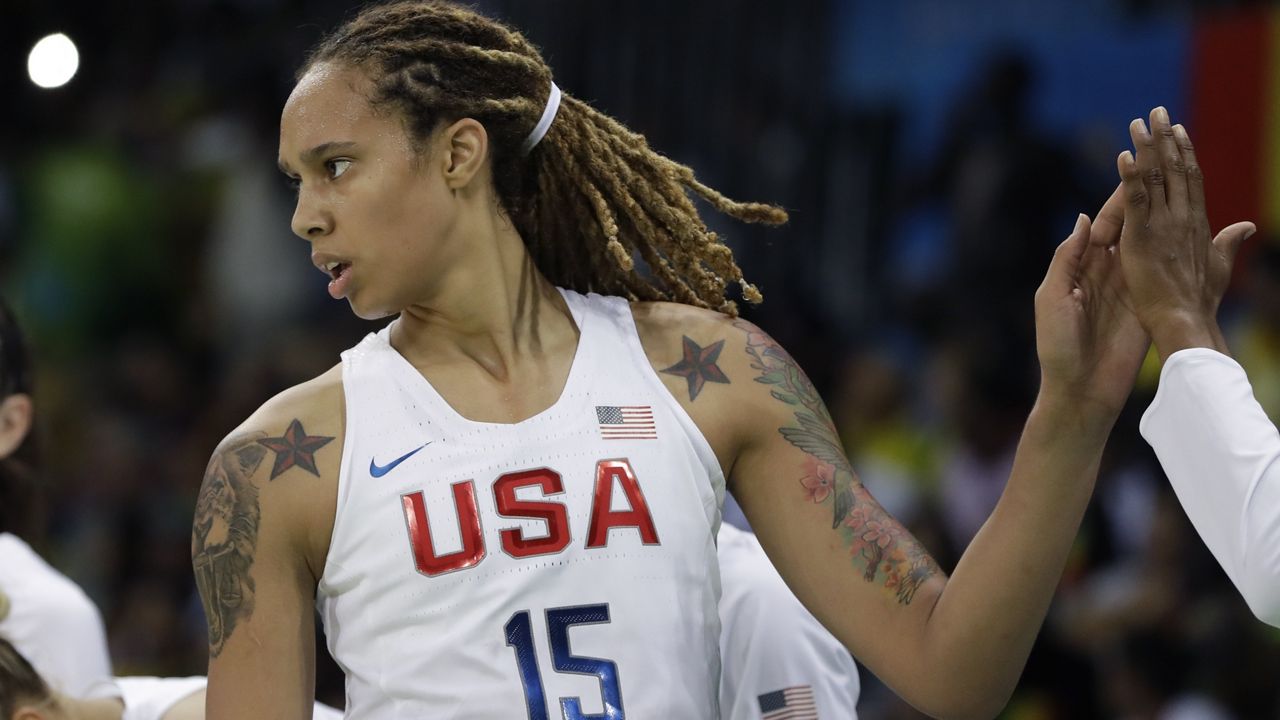 Teammates of WNBA star Brittney Griner met with the State Department on Monday as the Biden administration works to bring the Mercury Phoenix’s point guard home from Russian detainment.

“There is a lot involved in getting her back home and safe, they’re working relentlessly,” said Mercury player Diana Taurasi following the meeting in a release. “We’re here to do whatever we can to amplify and keep BG at the forefront, which is more important than any basketball game and anything else that’s going on in our lives. We want BG to come home as soon as possible. It’s number one on our list.”

At the start of the WNBA season, the commissioner announced they’d honor Griner across the league with a floor decal featuring her number 42, along with her initials — BG. They also approved giving the Mercury roster and salary cap relief so they could carry a replacement player until Griner returns home, plus they agreed to pay her full salary of nearly $228,000. After the meeting, the team met with Reps. Sheila Jackson Lee and Greg Stanton, who introduced a resolution to secure Griner’s immediate release.

“For the team, coaches and executives at the Mercury, every day without Brittney is a lifetime,” Stanton said. “I was glad for the opportunity to share the work we’re doing in Congress to secure Brittney’s release.”

According to authorities, she was arrested for allegedly having vape cartridges that contained hashish oil in luggage that was searched at the Sheremetyevo Airport. If convicted of the offense, she faces up to 10 years in prison.

“Knowing the State Department at the highest level, from U.S. President Joe Biden to the team that is working on bringing back all Americans who are wrongfully detained, gives us a lot of confidence that they’re working on it,” Taurasi said.

Multiple WNBA and NBA players have expressed support for Griner who was detained on Feb. 17. Her pre-trial detention has been extended three times, with the most recent announcement coming from a Russian court, extending her detention to July 2, according to the New York Times. The official state news agency TASS says the Khimki Court of the Moscow region granted the 18-day extension because of a request by investigators.