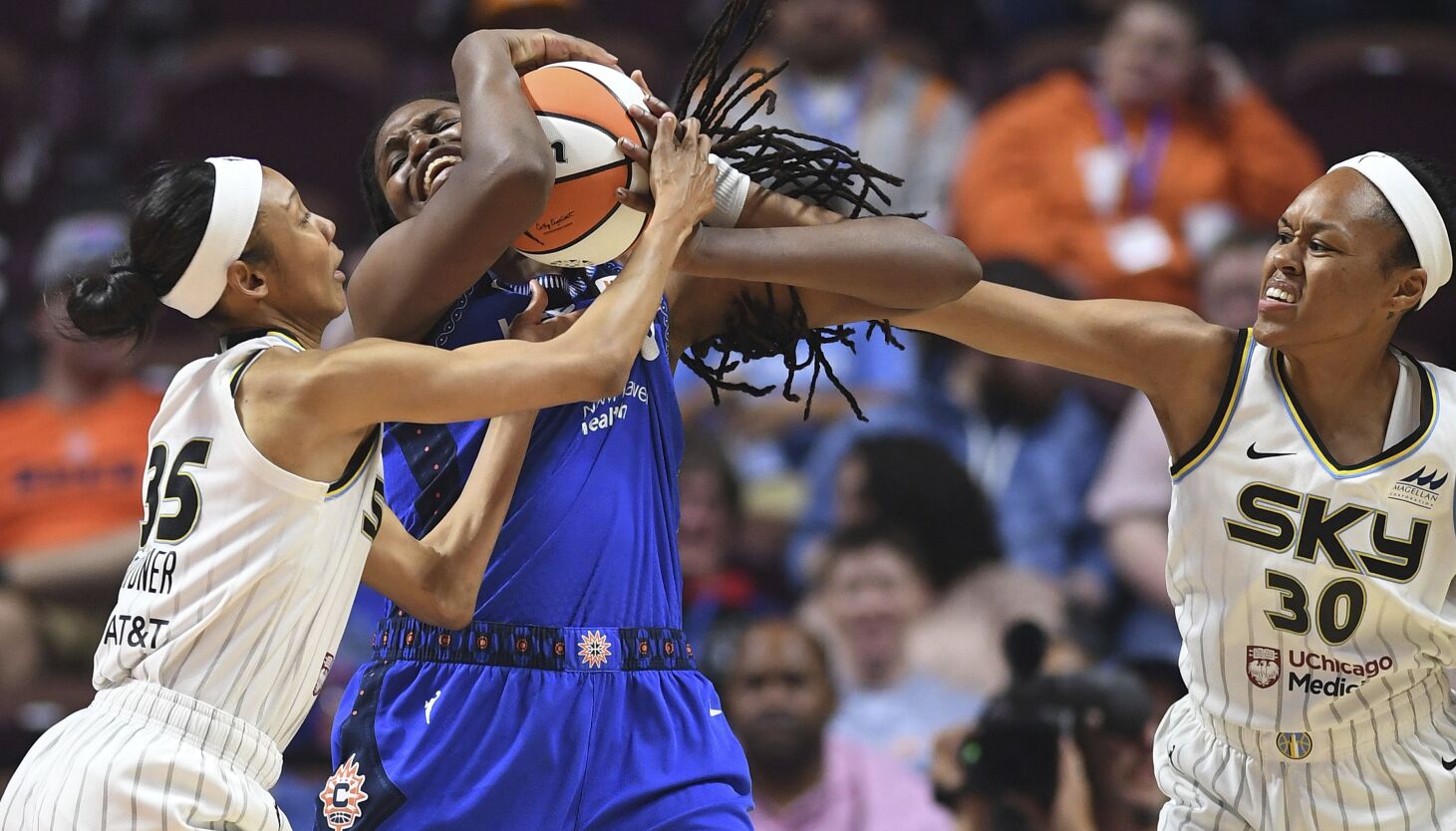 Closing in on the halfway point of the WNBA season, the reigning champion Sky (9-4) are third in the league standings and undefeated in Commissioner’s Cup play.

General manager/coach James Wade once again has his team leaning into a defensive mindset, which has contributed to the Sky’s steady improvement in defensive rating since he took over in 2019.

The Sky went 2-1 on their recent East Coast road trip, their second three-game trip of the season. But despite their success, it’s clear they have yet to play their best basketball.

Their best defensive outing of the trip came in their 2021 WNBA semifinals rematch against the Sun. They held Jonquel Jones, who is averaging more than 15 points, to seven points and limited the Sun to nine free-throw attempts.

‘‘We focus on [defense] more,’’ forward Azura Stevens said after the Sky’s two-point victory Sunday against the Liberty. ‘‘Defense isn’t a bunch of strategy, it’s just heart. You have to want to stop your player and the other team. Each player that steps onto the floor feels like, ‘I need to stop my man and help my teammates.’ We won last year because of our defense, not because of anything else.’’

What has been different about the Sky this season has been their ability to stay in games and close deficits, as seen in their losses to the Aces and Mystics. The Sky were able to cut nearly 20-point deficits to less than 10 in the fourth quarter of each game.

In their six regular-season losses after the Olympic break last season, the Sky were beaten by an average 13 points. Their four losses this season have come by an average of 4.5 points

Last season, they were fifth in the league in points scored in the fourth quarter; this season, they lead the WNBA.

‘‘The one thing the bench does is give our starters enough time to rest, so they can make that final push,’’ Wade said Sunday. ‘‘That’s really important when [you have other teams] that don’t have a long bench like we have. We’re able to do things from a rested standpoint versus a fatigued standpoint.’’

The bench has kept the Sky from enduring blowout losses, outscoring the Mystics’ reserves by 10 and the Aces’ by almost 30.

Wade has used a deep rotation all season. Something to watch is how Julie Allemand and Dana Evans will be used going forward. The sample size is minimal, given that Allemand has played only two games with the Sky, but Evans played only five minutes against the Sun and only two against the Liberty after averaging more than 16 minutes before Allemand’s arrival.

Continued improvement on defense and the success of their bench will determine whether the Sky will be able to defend their title.