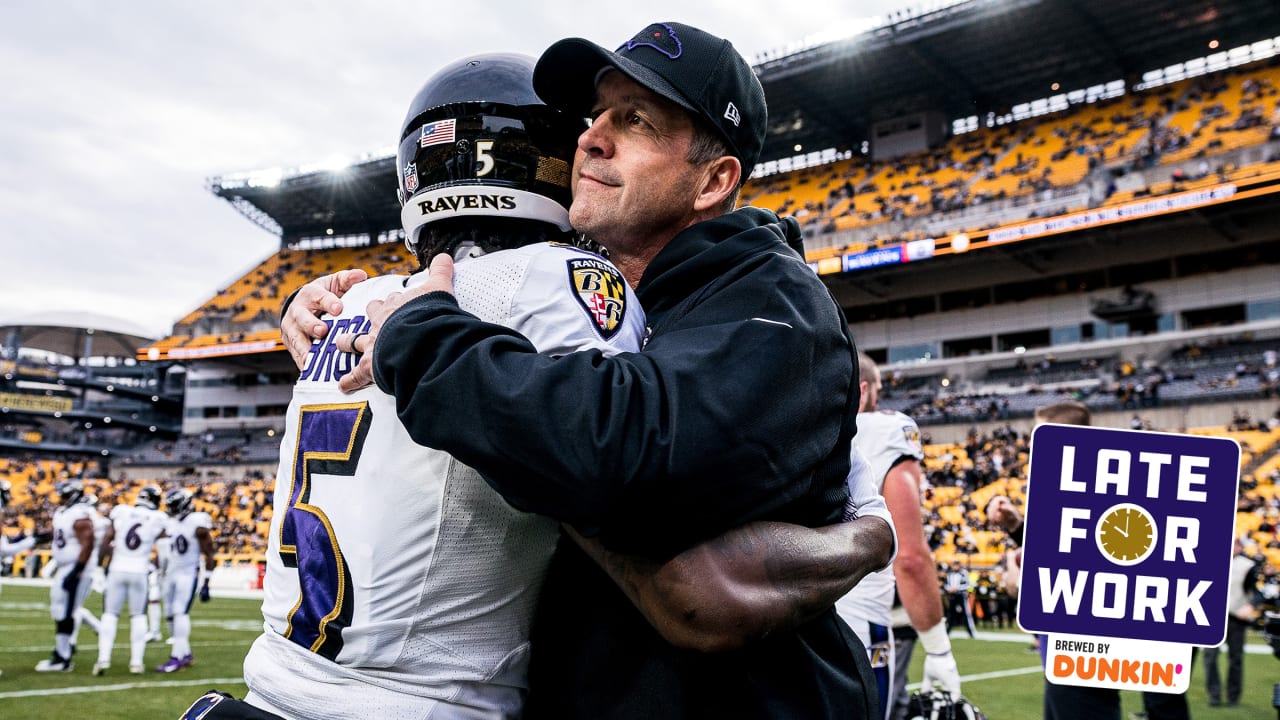 Former Players Discuss Why John Harbaugh Is So Special

Building relationships with his players is one of the keys to Head Coach John Harbaugh’s success and longevity with the Ravens.

What makes Harbaugh so special? Why has he been so successful in Baltimore?

Ayanbadejo: “I just think he knows how to make things work. He knows how to grind you hard enough where you turn into a diamond and you’re not so fragile that you crack or you break. The people around him have changed, but in defining ‘Play Like A Raven’ and what it means to be a Raven, I think he’s really taken that to the next level. … Not everybody can be a Raven. If you want to be a guy that’s not accountable and you’re not going to show up to practice every day and practice hard and mentor guys to a certain extent and give input and feedback, these are the things that great businesses do and these are the things that the Ravens are also looking for from their players. We want feedback. We want to know how we did things right, how we did things wrong. We want to do self-analysis. We want to do case studies. We want to implement what we can. That means you can’t stay the same, and I think he’s done that really well.”

Orr: “I think he’s a genuine person, a loving person and a caring person. He wants to see you be successful as a person. He wants to see you have a family, take care of a family. And as a coach, he’s so competitive. He’s a hard worker. The good thing about it that we got to see as his former players, and now on his coaching staff, is you see both sides of it. As a player, I knew he was a competitive coach. As a coach, I see that he’s a competitive coach. He’s hard-working. He’s loyal from a sense of whoever his staff and his players are, he’s rolling with us, and he’s confident that he’ll take us to go up against anybody. We genuinely feel that and love that about him. He’s all about ball, but he has a big picture of what’s going on in the world, and he wants to express his feelings about that. He’s a future Hall of Fame coach.”

How has Harbaugh stood the test of time throughout his career?

Ayanbadejo: “I think the thing I first noticed about Coach Harbaugh is he’s always innovative, so that means he’s never going to be obsolete. He’s always going to innovate, no matter what it is. First team to go to iPads, Ravens. First team to have all your game video in the Cloud. You don’t even have to go to the facility. On your flight home, your stuff’s already loaded on your iPad and in the Cloud. Now every team does this, but we’re talking [2011]. So whatever it takes for him to be cutting edge — bringing in analytics people back in [2012] — and just staying ahead of the game and ahead of the curve.”

Koch: “There was no day that he wasn’t trying to improve his coaching style. There were things, such as player leadership committee meetings. … There’s a committee where we discuss certain issues and we’d come up with solutions. As time progressed, we started having more of those meetings, addressing certain issues that he might have or players might have. He was always gracious in the way he and everyone approached that. We were all on the same page. Everything that he did was, in some way, to get better.”

Rice: “What stands the test of time is working hard. He loves the military ideas and stuff, but he’s not a militant person, if that makes sense. We used to always do things with the Navy SEALs, how they went about their business, but they were just blue-collar men. I think what made him stand the test of time is that he’s able to stand in the fire as just a blue-collar person. I think if he tried to be anything else, a lot of people will read through it. In this day and age, being authentic, being your true version of yourself really is the mantra to stick by. Anybody that’s true to themselves, you’re going to want to do more for that person because you know they’re going to be real with you.”

Is there a story involving you and Harbaugh that resonates to this day?

Levine: “I came from another organization. As a player on the practice squad, I never really got to sit down with the head coach. My first time meeting Coach Harbs, I walked into the cafeteria and I was sitting at the table by myself. Then, he comes up, he sits down beside me, and we’re having breakfast together. I couldn’t believe it. I didn’t even think he knew who I was. Then, all of a sudden, as he was about to leave, he said, ‘Anthony Levine, I just want to say I’m glad to have you here, and I think you’re going to be a heck of a player.’ The first thing that I did — I called my mother and father and told them, ‘Coach knows who I am!’ But that’s how he is. He’ll go up to every single person. He knows every single person on that football team, even if you think he doesn’t know you. I tell him all the time,

You don’t know how much that meant to me, Coach.'”