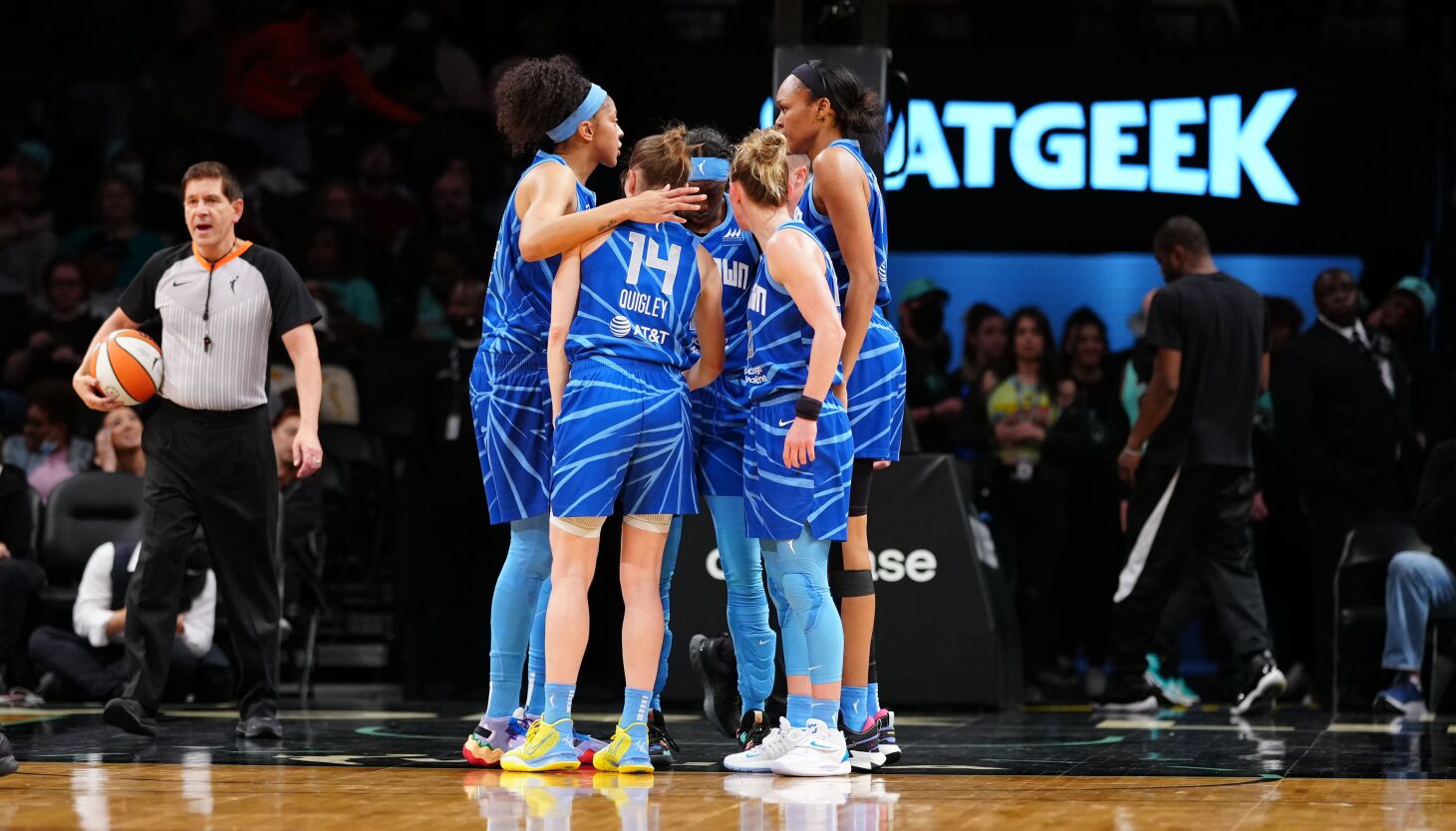 Courtney Vandersloot has been Julie Allemand’s greatest example in her young career.

So when Allemand’s agent told her in February that she would be part of a three-team trade that would have her playing behind Vandersloot on a team with back-to-back title aspirations, she was sold.

“This is my first season [outside of the bubble],” said Allemand, who was a rookie in 2020. “I don’t even know what it’s like to play outside [of that environment]. Practice, individual workouts, travel, everything is new to me.”

The Sky were just beginning to establish a rhythm when Allemand arrived last week, joining her team on its three-game East Coast trip. The Sky are third in the league standings behind the first-place Las Vegas Aces and the Connecticut Sun.

Now that coach/general manager James Wade’s team is complete, there will be some adjustments, beginning with his rotation.

Through the first 11 games of the season, Wade used Dana Evans with his second unit behind Vandersloot, and she proved her value in that role. Evans led the team in scoring in the season opener against the Los Angeles Sparks with a career-high 24 points. Without Allemand, Evans averaged 8.4 points and 2.6 assists in 18 minutes per game.

In the two games since Allemand arrived, she averaged 3.7 minutes.

That’s too small of a sample to indicate what the Sky’s rotation will look like. But Wade is confident that his players understand the value in each of their roles.

“Everybody is sacrificing here,” Wade said. “At the same time, we’re learning how to be winners, and that’s the most important thing. We built something with the coaching staff, the players and leaders we have where people will come in and sacrifice for us.”

The players who haven’t bought into that team-first mentality haven’t lasted long in Chicago, Wade said.

But Wade knows egos are part of what makes the most talented athletes go. He’s trusting that his team approach will supersede any ego-based discontent.

So far, there has been no indication of players being unhappy with changes in Wade’s rotation. Evans, specifically, is focused on the long game.

“I know I want to be great,” Evans said. “I want to be an All-Star one day. To do that, you have to work now. It’s a process, and I know I won’t be denied. I’ll always work hard, get better and find ways to get on the court.”

Allemand echoed Evans, adding that her goal is to play whatever role will help the Sky fulfill their goal of winning back-to-back titles.

The Sky host the Atlanta Dream on Friday before embarking on another three-game trip that includes stops in Las Vegas and Los Angeles Sparks.

By the end of the month, Wade’s rotation should come into focus.