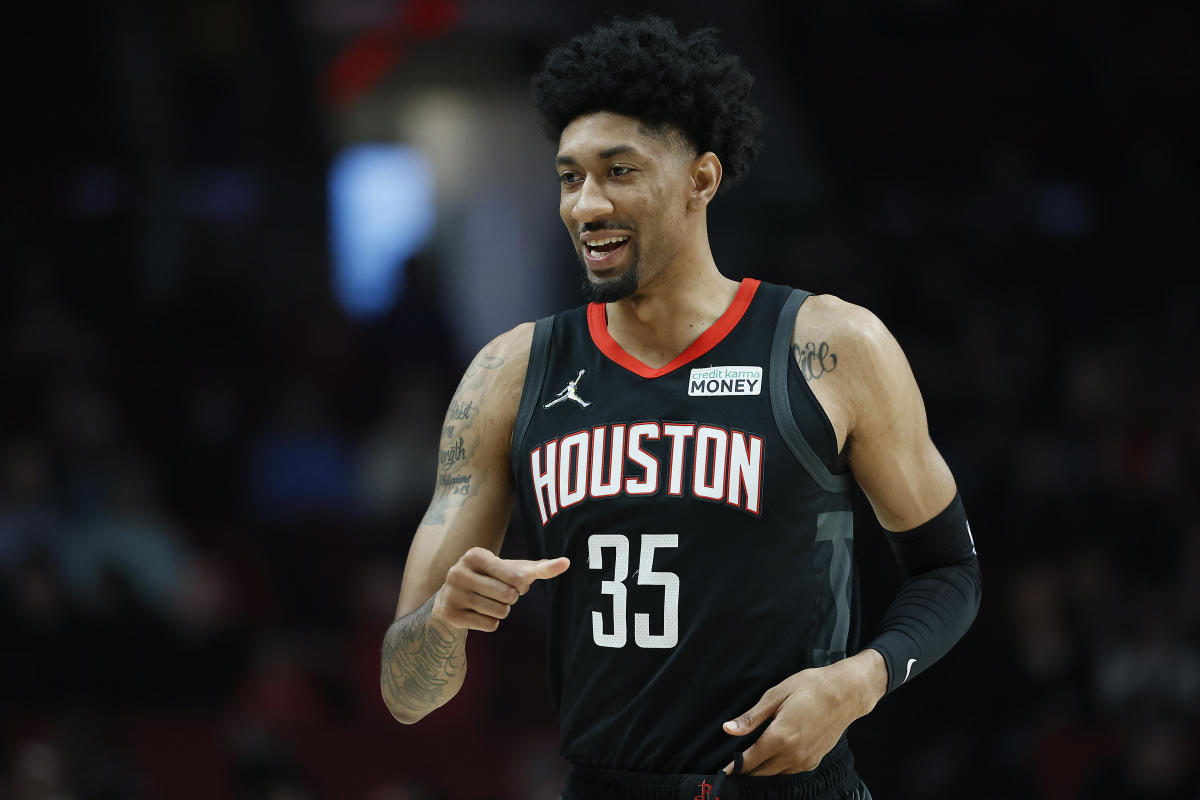 Luka Doncic has a new pick-and-roll partner, while the Houston Rockets are once again retooling for the future.

The Dallas Mavericks reached a deal to acquire big man Christian Wood from Houston in exchange for Boban Marjanovic, Sterling Brown, Trey Burke and Marquese Chriss and the No. 26 overall pick, according to The Athletic’s Shams Charania.

As ESPN’s Bobby Marks notes, the trade cannot be completed until the night of the draft due to Dallas owing the New York Knicks a protected first-rounder in 2023.

Wood is coming off a season averaging 17.9 points and 10.1 rebounds per game while shooting 39 percent from 3-point range. The players headed to Houston don’t represent much more than NBA salary cap ballast, so the real prize for Houston might be the No. 26 pick.

Per ESPN’s Tim MacMahon, the Rockets were looking to trade Wood to clear playing time for sophomore center Alperen Şengün and whichever player they land with the No. 3 overall pick in the 2022 NBA draft. The consensus top three prospects — Jabari Smith Jr., Chet Holmgren and Paolo Banchero — are all big men who would have theoretically clashed with Wood for minutes.

What can Christian Wood do on the Mavericks?

The 26-year-old Wood has one more season remaining on his contract with a $14.3 million salary, making this a high-stakes season for a player who has ascended from undrafted G-Leaguer to a potential starter on a playoff team.

Wood didn’t hear his name called when he entered the 2015 NBA draft until the end of this third season in the league. By then, he was on his fourth NBA organization. He finally found success on an eight-game stint with the New Orleans Pelicans, then even more success with the Detroit Pistons during the 2019-20 season.

Wood landed with the Rockets in 2020 on a three-year, $41 million sign-and-trade and proceeded to fully break out, averaging 19.1 points and 9.9 rebounds on 50.7 percent shooting (38.7 from deep) in two seasons in Houston.

There are still some limitations to Wood’s game — his lankiness at 6-foot-10, 214 pounds makes it hard to thrive in the paint — but he represents a nice fit in Dallas, where he can be another weapon for the defense to worry about while trying to contain Doncic. He is also eligible for a four-year, $77 million contract extension, per Marks, should the Mavericks see him as a long-term fit.

The Mavericks struggled to find reliable scoring outside Doncic and Jalen Brunson during the playoffs, with their big man rotation representing an issue in particular. Wood doesn’t single-handedly solve those problems, but he should at least help.