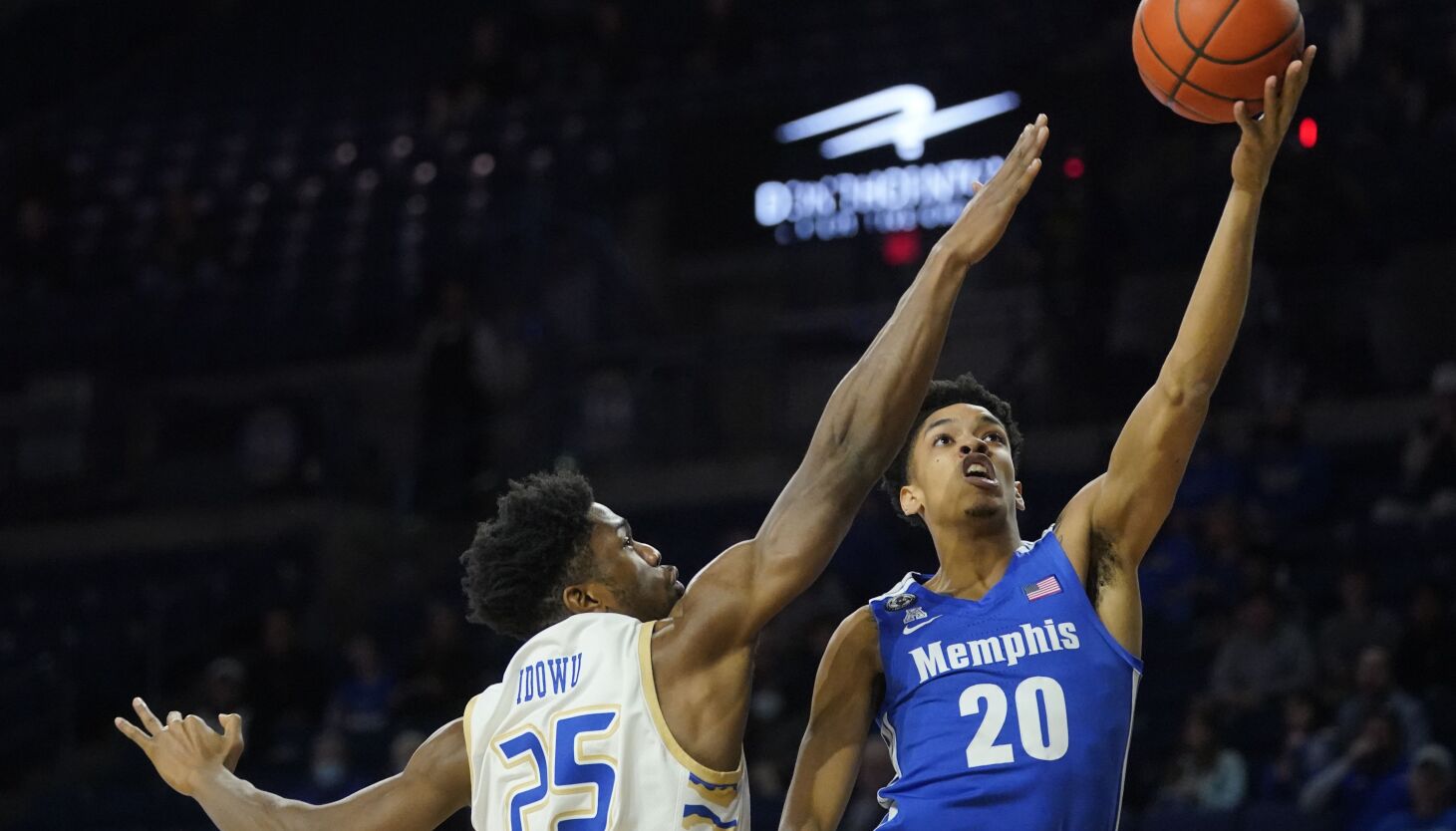 The Utah Jazz continued their pre-draft workouts on Wednesday with another six-player group.

But Wednesday’s flock of prospects was different from those that the Jazz have held so far because it included Josh Minott, a freshmen guard out of Memphis who could be a first-round pick.

To this point, most of the prospects the Jazz have brought in have been either projected as late second-round selections or players who are more likely to go undrafted and hit the rookie free agent market.

But, Minott, a 6-foot-8 player with a 6-11 wingspan, who plays with the athleticism of a forward, the quickness of a guard, and is seemingly positionless on defense, has been projected as being selected anywhere from the late first round to being a steal if taken in the second round.

Minott was hesitant to say where he thought he would be drafted, not wanting to seem like he was overhyping himself. After some hemming and hawing though, Minott eventually said that his agent thinks anywhere in the 20 to 40 range is possible for the June 23 NBA draft.

“Don’t shoot the messenger,” Minott said. “Twitter is going to be on me after this like, ‘Yo, who does he think he is?”

That’s not a wild assessment though, making his appearance at the Jazz workout a little more intriguing than some of the workout predecessors this offseason. And, it doesn’t matter to Minott that the Jazz are a team currently without a pick in the upcoming draft. He knows that deals can be made.

Though Minott is a bit of a surprise as far as draft projection, the workout also included more prospects that could end up being late second-rounders, free agents or playing on the summer league squads, including two Villanova super seniors, forward Jermaine Samuels and guard Collin Gillespie.

Villanova head coach Jay Wright seems to prepare his players to be uniquely positioned to transition to the NBA and ’Nova’s staying power in the NBA is something that coaches and development personnel take seriously. Look no further than Jazz forward Eric Paschall, or Defensive Player of the Year runner-up from the Phoenix Suns, Mikal Bridges.

Samuels said he spoke with Paschall recently and has talked with the former Villanova standout about what playing in the NBA is like. In Samuels’ opinion, there’s a selflessness at Villanova that humbles players and makes them ready for a higher level of competition.

“The work and time and effort we put into the Villanova basketball program and taking on the coaching and putting our egos to the side and understanding what we have to do in order to win in order to get better,” Samuels said. “I think that aspect of taking coaching and taking accountability for our actions, on and off the floor, translates to the next level and it benefits everybody.”