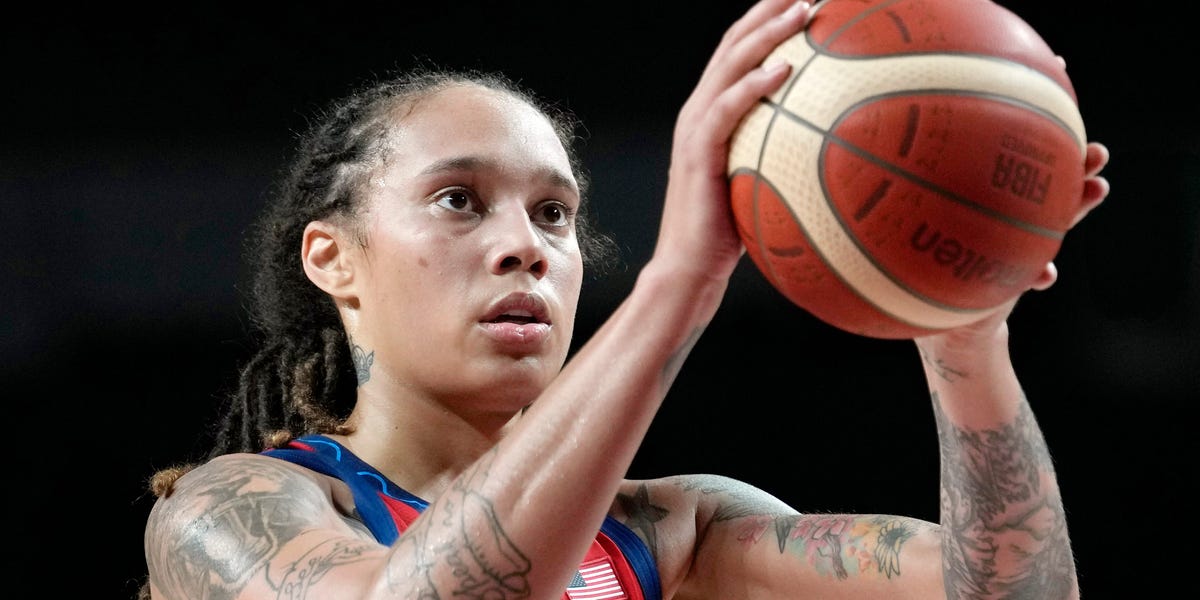 Russia has once again extended the detainment of American basketball star Brittney Griner.

The WNBA legend’s imprisonment overseas has officially been extended until at least July 2, Russian state media outlet TASS reported Tuesday. This is the second time in the past month that the Russian government has added time to her pre-trial incarceration, and one legal expert is convinced that this July 2 deadline “is as fictitious as any other date.”

“Anyone still taking Russia’s word for anything in the Griner case is being foolish,” Aron Solomon, the Chief Legal Analyst for Esquire Digital, told Insider. “This ‘hearing’ will never happen.”

“She will either be clandestinely found guilty and sent to prison camp or she will be in a prisoner swap,” he added.

Griner, the 6-foot-9 center for the Phoenix Mercury, was taken into Russian custody on February 17 after customs agents at Moscow’s Sheremetyevo Airport claimed they found vape cartridges containing hashish oil in her luggage. She faces up to 10 years in prison for her charges, and Solomon previously told Insider that the two-time Olympic gold medalist “will not be afforded a fair and equitable legal process.”

The Biden administration quietly worked to negotiate her release and safe return to the US in the early days following her arrest, which WNBA Commissioner Cathy Engelbert told Insider was part of an internal strategy to “say less and push more privately.” But early in May, the US shifted its approach by officially designating Griner as “wrongfully detained” — a move that sends a “strong signal that the US government does not believe that there is a legitimate case against her,” one expert who has navigated several hostage situations previously told Insider.

The “wrongfully detained” designation also enabled the seven-time All-Star’s friends, family, teammates, and supporters to openly campaign for her return to the States. Griner’s wife, Cherelle, has made several TV appearances in recent weeks in an effort to draw attention to the case.

On a recent trip to Washington DC, Griner’s Mercury teammates met with US State Department officials, as well as Congressman Greg Stanton of Arizona and US Congresswoman Sheila Jackson Lee of Texas to discuss the star’s case. All parties encouraged the team to “continue to press all those who have any influence or power to help bring BG home,” according to Phoenix head coach Vanessa Nygaard.

Ultimately, President Joe Biden and his administration are understood to be the sole entity capable of earning Griner’s freedom. Cherelle Griner publicly lamented the fact that she has not spoken to Biden about her wife’s case, adding that she’s eager to do so to help bring “my person back.”

After this most recent extension, Griner’s agent — Lindsay Kagawa Colas — called on Biden and Vice President Kamala Harris  “to act with urgency and do whatever it takes” to free the WNBA star from Russian captivity.

Solomon previously told Insider that the key to Griner’s release likely lies in the US and Russia partaking in “a political detainee exchange” similar to the one that freed fellow American detainee Trevor Reed in April. Russian state media sources have suggested that the superstar could be part of a deal for Viktor Bout, a notorious arms dealer dubbed the “Merchant of Death.”

Griner was first arrested while traveling to Russia to compete for European powerhouse club UMMC Ekaterinburg, as she’s done every winter since 2014. Like roughly half of her fellow WNBA players, Griner heads overseas to supplement her relatively modest WNBA salary.

While she earns a league-maximum $227,900 annual base salary from the Mercury, Griner made a whopping $1 million per season with UMMC Ekaterinburg, according to The Arizona Republic’s Jeff Metcalfe.

Griner’s arrest and subsequent detention has rocked the entire WNBA community. But nowhere has her absence been more pronounced than in Phoenix, where the Texas native has made as much of an impact on the people as she’s had on the court.

“That’s my sister,” Mercury teammate Skylar Diggins-Smith said. “I love her. It’s toughest for people like me. Not toughest — it’s toughest on her family — but I love her.”

“I think about her every day, and I can’t wait until she gets back here with us.”