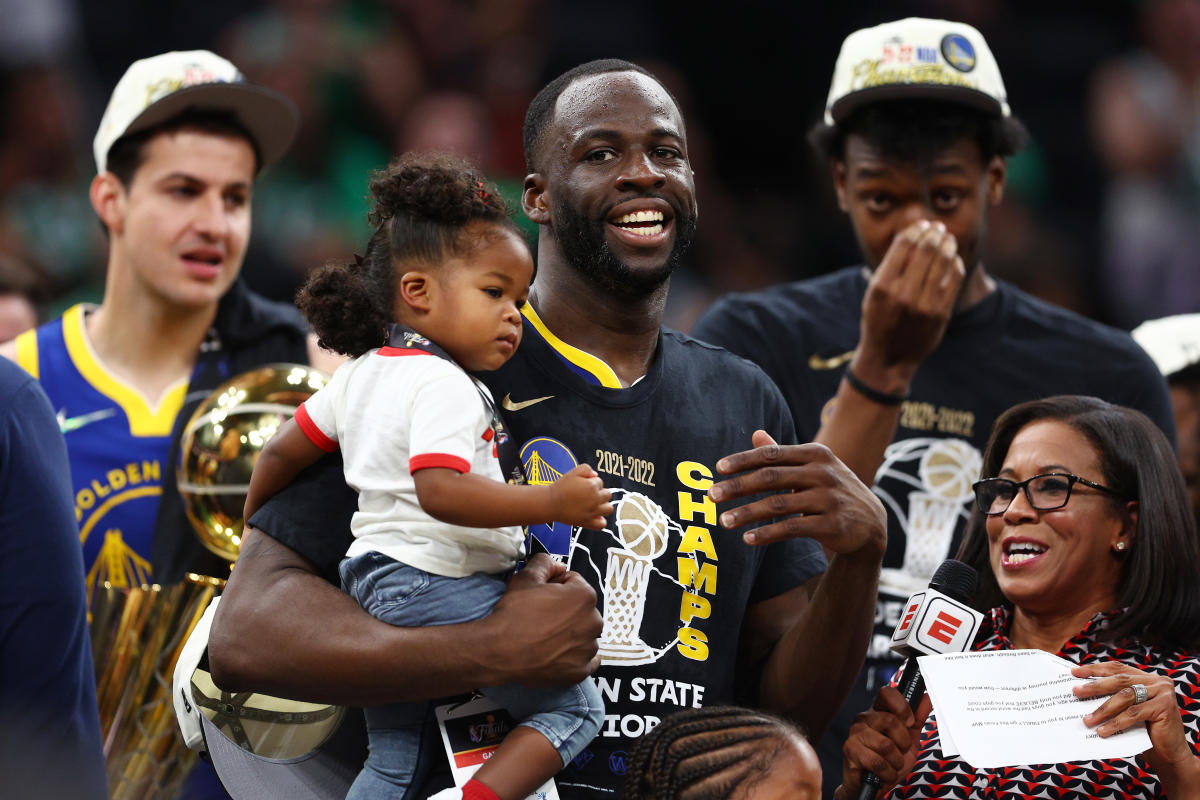 Draymond Green got the last laugh when it came to his legacy and his podcast.

After the Golden State Warriors beat the Boston Celtics in Game 6 to win the NBA Finals – the team’s fourth title in seven years – Green didn’t wait to record his podcast from his hotel room, which he had been doing all series.

No, he posted up in the press room of the NBA Finals to record his podcast.

The latest episode had a stacked line-up with, unsurprisingly, some of the stars of the Warriors. Green opened up Klay Thompson and Andre Iguodala before chatting with Gary Payton II.

Green took a lot of heat during the Finals for his postgame podcasting, with some claiming he was more focused on that than the actual games. A reporter even asked Green after Game 3 if he gave away trade secrets while he published episodes the day after games with the Celtics, for which Green denied.

But Green kept firm on his promise to continue recording his podcast and said he’d keep release episodes “win, lose, draw, hoisting the trophy, putting my ring on my finger, you name it.”

It helped, too, that Green delivered his best game of the series in the Warriors’ 103-90 win. Green finished with a series-high 12 points, 12 rebounds, eight assists, two steals and two blocks. He even hit two three-pointers.

It wouldn’t be a Green podcast without some trash talk.

Green first called out ESPN, who he said gave the Warriors a 20 percent chance to win the NBA Finals.

“Who makes those things? What is their job security like? Because you’re lying to people. Is anyone held accountable these days? Are you crazy? Do you know who you’re dealing with? It’s us. To count us out like that is crazy to me. Where do ya’ll get those numbers from?

He then took aim at Fox Sports analyst Nick Wright for not only saying Steph Curry would never make another Finals and for lambasting the Andrew Wiggins trade, but for flopping on his original take.

“Tell us why you thought that. Tell us why this whole series you’ve been yapping and yapping and then all of sudden you want to switch to the Dubs. Tell us why. ‘Cause what’s in question is your basketball knowledge.”

This took Green to his final soliloquy about the “new media,” which he said is all about respect, integrity and sticking to your words. Green noted that the “new media” isn’t just athletes making content because some just “start acting like the old media once they become the media.”

“We give flowers when flowers are due. We don’t have to try to build a guy up for a week to tear him down next week so I have something to talk about. That’s the new media. Respect. Integrity.

“You got fools like Kendrick Perkins dressing like a clown. Coming up here in a jail suit and then you leave the game early tonight. Stand on your word, brother. You gotta stand on that ’cause one things for certain I’m going to stand on mine.”

Apologies from Perkins and Wright

Two of the people Green called out by name did offer some sort of apology in the aftermath of the Warriors’ victorFormer NBA player and current ESPN analyst Kendrick Perkins – who was one of the first to criticize Green’s performance and podcasting – offered a swift apology.

Pelicans guard C.J. McCollum, who told Green before Game 4 that picked the Celtics to win the Finals, even joked about having to apologize.