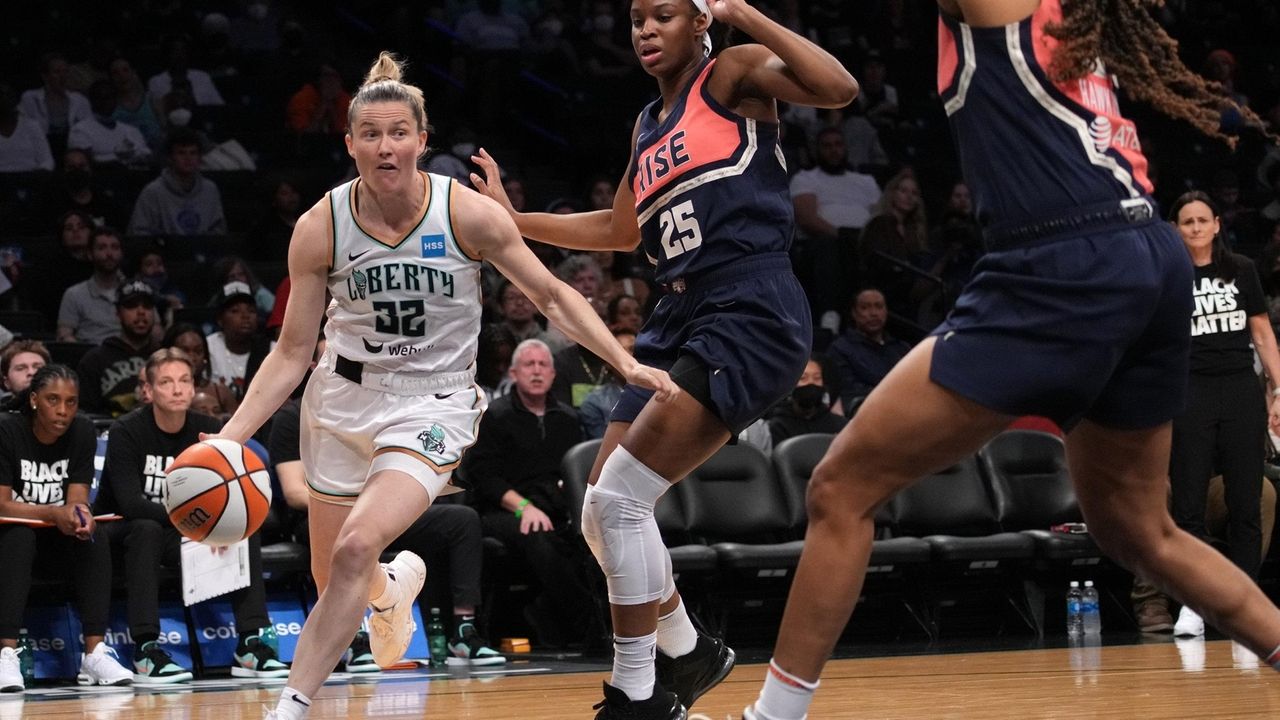 This was Game 3, Seattle vs. Washington in the 2018 WNBA Finals. The Storm had a chance to clinch. They ran a play at one point for Breanna Stewart and Sami Whitcomb took the shot instead. And missed it.

“That’s not the shot that we were going for,” Sue Bird told Whitcomb. “Let’s get a better shot next time. Your time will come.”

Later, Whitcomb missed again. But Bird told her, “That’s a great shot for you. We’re going to get you another. The next one’s going to go.”

After Whitcomb buried her second three, Bird got in her face.

“I told you,” Bird said, excitement filling her voice on the way to one of her four league championships. “I told you.”

“She just had that sort of belief in all of us,” Whitcomb said, telling the story courtside Thursday night at Barclays Center before helping the Liberty beat Washington, 77-65. “It didn’t matter if you were Breanna Stewart or me, who sort of had an up-and-down role there. She knew how important everybody was, but she also knew there was a way to get it done.

“The way she leads, the way she plays, is second to none.”

Those ways are coming to an end for Bird. The 41-year-old Syosset native announced Thursday that this will be her final season. The Liberty expressed their respect.

Bird revealed the news now because Seattle is coming to face the Liberty Sunday. So it will be the 12-time All-Star’s final time playing in her old home area, barring a return in the postseason.

“I’m hoping people come and watch this,” Brondello said. “We’ve got a lot of great players, but this player has had longevity, has been in this league so long, won so many championships, USA gold medals [five in the Olympics]. She really has done it all and has played the right way.”

Brondello was her teammate with the Storm in 2003. This is Bird’s 19th season on the court for Seattle. The WNBA’s all-time assists leader missed two others with injuries.

“I saw it on Instagram today,” said the Liberty’s Natasha Howard, who, like Whitcomb, won two titles alongside Bird with the Storm. “I was like, ‘Wow, she’s really hanging up her shoes.’ … I’m really grateful and honored that I had a leader and a great teammate and a legend that I actually played with.”