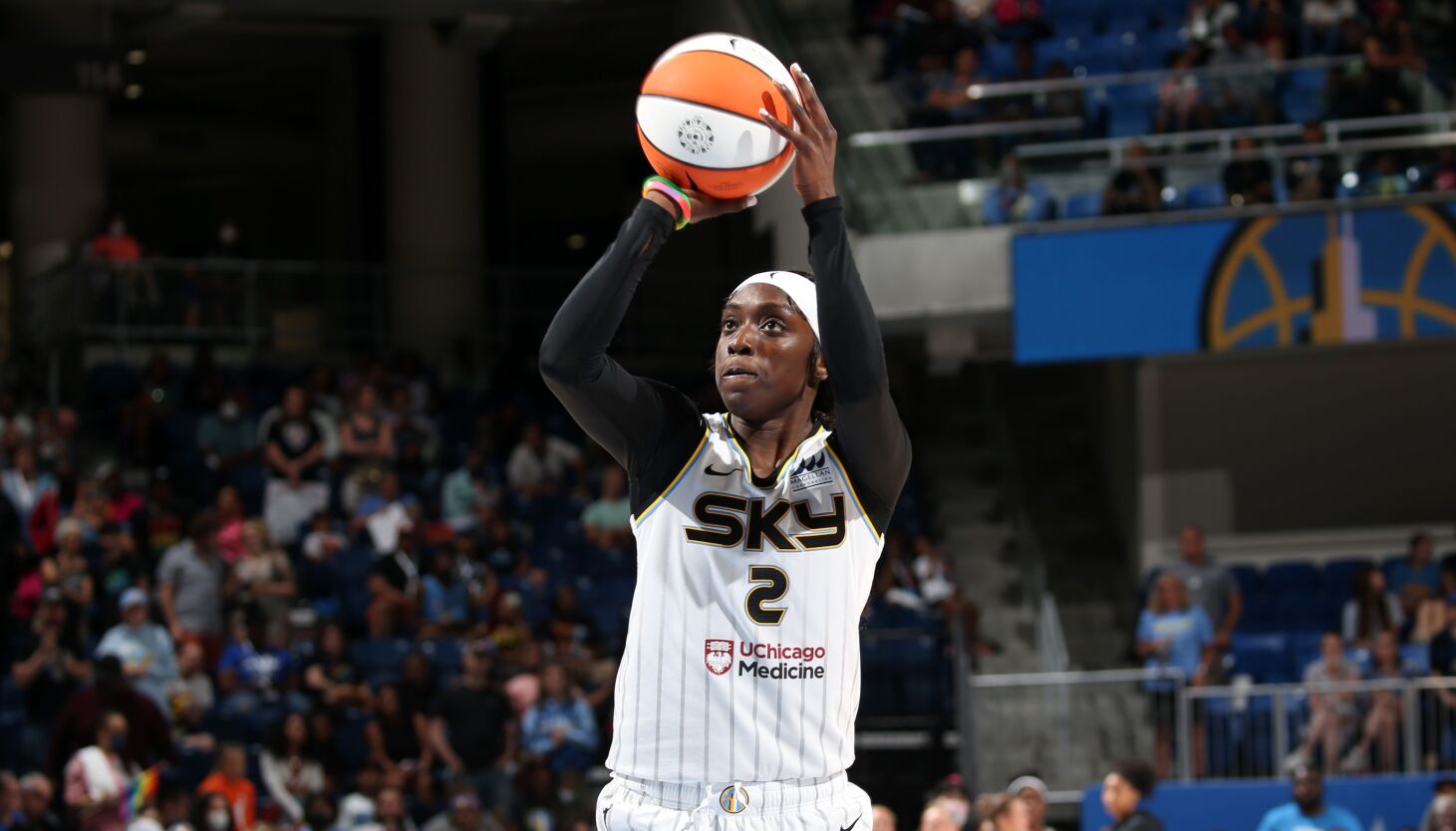 The Sky had won only one game without Candace Parker entering play Friday at Wintrust Arena. It came in the second game of last season against the Dream.

In their second game against the Dream this season, the Sky squandered an 18-point lead before escaping with a 106-100 overtime victory.

The Sky was clinging to a one-point edge when former Sky forward Cheyenne Parker made two free throws with 30 seconds left to put the Dream ahead 91-90.

But Sky star Kahleah Copper went to the line moments later and split two free throws to send the game to overtime tied at 91. She led the Sky with 23 points and 10 rebounds.

The Sky struck first in overtime on a 15-foot jumper by Emma Meesseman and never relinquished the lead on their way to finishing with a season high in points.

“We’ll figureit out,” general manager/coach James Wade said. “We have a little time, but we have to finish teams off when we have those big leads. That’s a big concern for my part. I know Candace will help that.”

Candace Parker was ruled out for the game because of a knee injury, but Wade said it was more precautionary than anything.

Wade attributed some of Parker’s needed recovery to the minutes she put in during the Sky’s recent three-game road trip. She led the Sky in minutes with 34 in their victory against the Sun and played 27 against the Mystics and 21 against the Liberty.

Wade’s intent, he said, is to have his roster intact when it matters.

‘‘It’s nothing that should affect her longterm,” Wade said. “If this was a playoff game, she could play.”

Six Sky players scored in double figures, including Rebekah Gardner, who had 15 points off the bench.

The game was Cheyenne Parker’s first at Wintrust since she signed a multiyear deal with the Dream during free agency in 2021. She dominated the post in the first half before the Sky began double-teaming her in the second. She finished with 16 points, six rebounds, four blocks, four steals and three assists.

Before the game, she said she felt some deja vu walking into the visiting locker room, which used to be the Sky’s before they began using DePaul’s home locker room last season.

A lot has changed for Parker beyond just the team she suits up for. She gave birth to daughter Naomi in December and said becoming a mother has made her a grittier player.

Moving on from the Sky — the team that drafted her — wasn’t easy. When rumors swirled that Candace Parker might sign with the Sky, Cheyenne envisioned playing alongside her.

Since then, Cheyenne has spent time with Candace at the Turner Studios in Atlanta. She said Candace acknowledged her as a true talent in the league, and that gave her the confidence to see Atlanta is where she belongs.

‘‘I’m thankful for the lessons [leaving Chicago provided],’’ she said. ‘‘It was a tough one because they won a championship later that year. It built a lot of character within myself, knowing I have a future here in Atlanta and can build a legacy here.’’

The Sky have another three-game road trip coming up, beginning with a game Sunday against the Fever. If they win, they will clinch a spot in the Commissioner’s Cup championship game July 26 against the Aces.