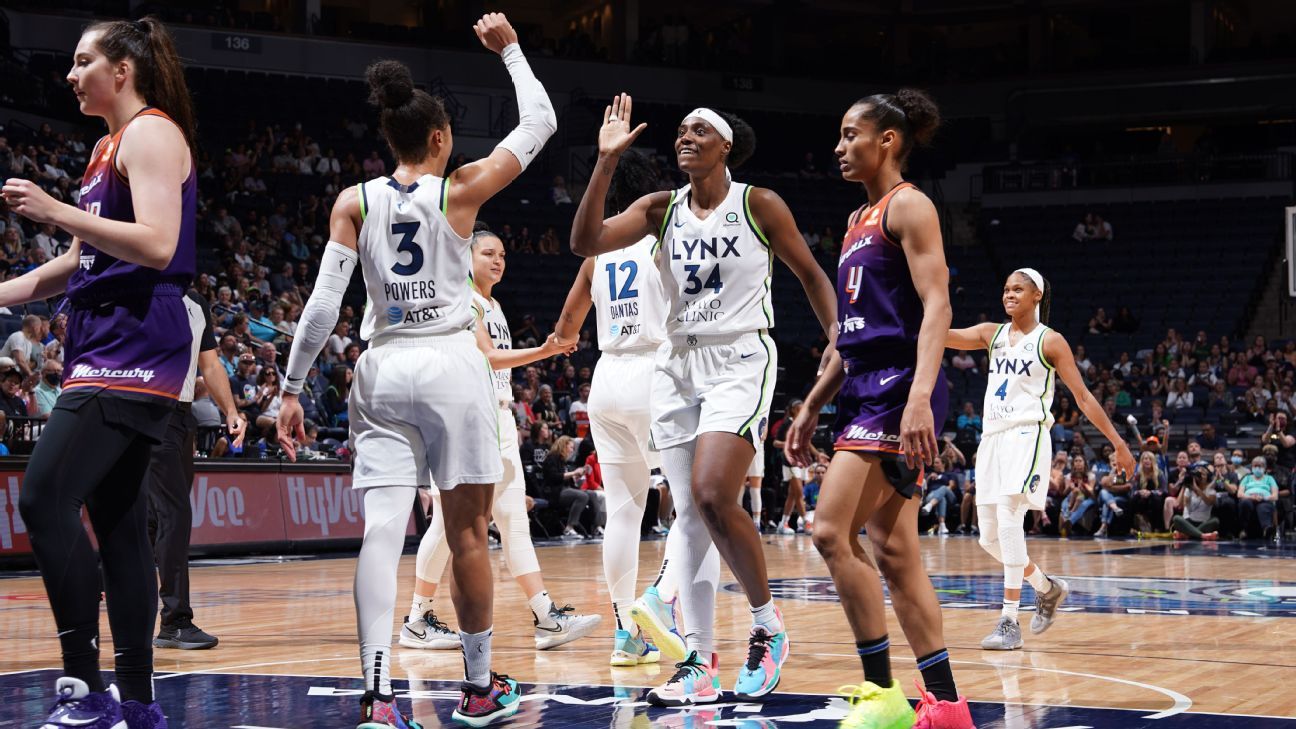 Center Sylvia Fowles returned to the court Thursday with a double-double for Minnesota and helped lead the Lynx to a season-high in points and their first back-to-back victories of the season. Minnesota beat visiting Phoenix 100-88, shooting 50.7% from the field and outrebounding the Mercury 42-23.

Fowles, who missed the past five games with cartilage damage in her right knee, had 14 points on 7-of-12 shooting and 10 rebounds in 22 minutes. The 2017 WNBA MVP, who will retire after this season, acknowledged that she doesn’t expect her knee to be at 100%, but she felt great being back in action again.

“It feels good enough for me to go out there,” Fowles, 36, said. “I took a leap of faith today. It means getting out of my head and just going out there and actually doing it. I wasn’t sure how well I was going to play, but I’ve had some really good practices. Of course you’re going to have doubt, especially when you know you have an injured knee. But if I’m doing it in practice, I can do it against other players as well.”

The Lynx (5-13) have struggled with injuries this season, but things have seemed to be turning around in their recent games since June 14. They lost by two points at Seattle and one point at league-leading Las Vegas, and now have won two in a row vs. Phoenix.

Wednesday, it was announced that Fowles had been voted as an All-Star Game starter and was picked as one of four co-captains for the July 10 contest in Chicago. She was a key part of two Lynx championship teams in 2015 and 2017 and is the WNBA’s all-time leading rebounder. For this season, Fowles is averaging 16.3 points and 10.2 rebounds while shooting 63.6%.

“Syl is such a part of our identity,” Lynx coach Cheryl Reeve said. “She’s somebody who gives [her teammates] great confidence. The energy was off the charts. She was just raring to go. Really productive. For me as a coach, this was probably from a chemistry standpoint as good as it’s been all season. But we’ve had to go through some real challenges. I like where this team is now. We’ve made real progress.”